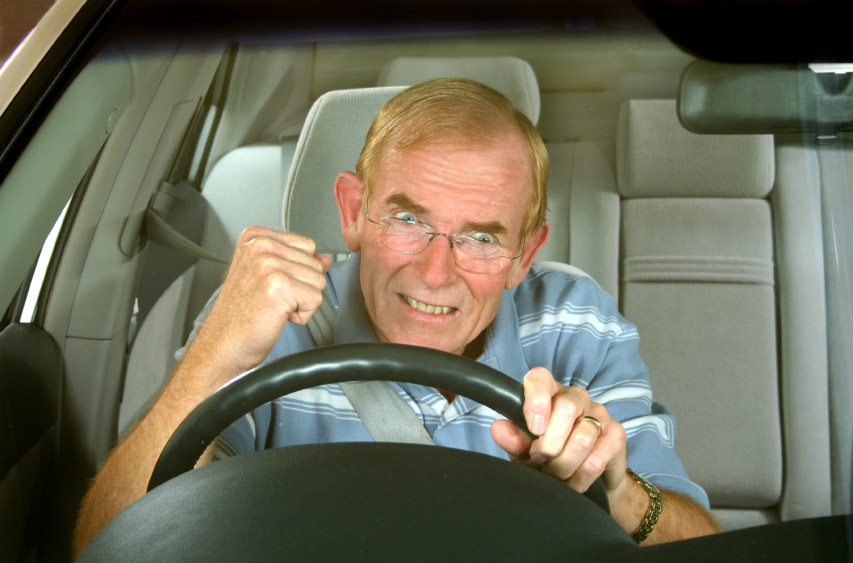 Most people seldom rage against the actual road. Usually it is other drivers, the police, construction work; and, occasionally, back-seat drivers that make us glower with rage.

Indeed, there are roads that induce rage. A typical example is Calgary’s Blackfoot Trail where it merges with Deerfoot Trail. Where else in the world is it necessary to post signs reading: All Drivers Have Equal Right to the Road; Get Ready to Merge; Leave a Space for Cars to Merge, etc. But these are directed primarily at discourteous drivers refusing to make room for merging traffic, not the road itself. Yes, these trails could have been better designed, but that’s the government’s fault, isn’t it. But, if you let yourself stew over bad government you’ll be in a rage 24/7.

The best thing to do is to deal with rage before it occurs. When you get into your car think for a moment about what could happen as you drive. Someone is likely to cut you off; you may cut someone else off when you almost miss your exit; you could receive a at single finger salute; and, you might be tempted to give one yourself. Decide that you are not going to respond in kind and, more important, that you won’t initiate the action. Be calm, relax and drive accepting whatever happens as part of life on the road.

You will arrive cool and collected perhaps able to have a chuckle over what fools some people are.

Another way to prevent road rage is to go to a driving school and learn how to deal calmly with all driving situations.

Derek Brown’s Academy of Driving is a Calgary Driving School.